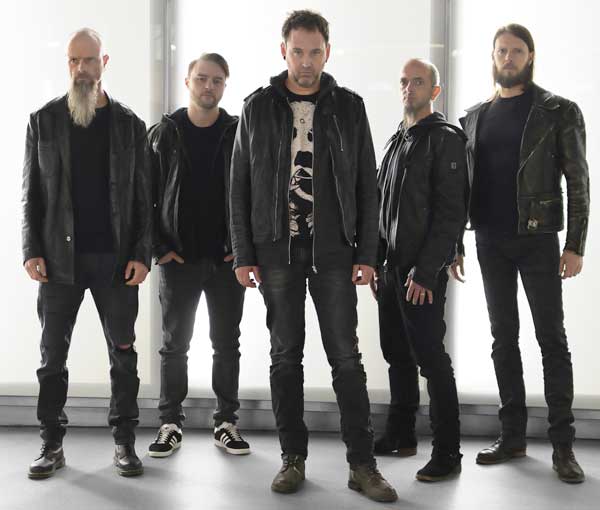 ALBUM INFO
DARK MILLENNIUM continues its unpredictable evolution with the new album „Where Oceans Collide“. The distinctive guitar work by Hilton and Michael as well as the unique voice of Christian are still dominant and highly recognizable even in a new and experimental setting.
The band once again worked without any technical support systems like audio quantization or drum triggers. Atmospheric depths are provided by backing vocals from the band as well as from soundscapes.

BAND BIOGRAPHY
Right from the start, DARK MILLENNIUM (est. 1990) cut their own way in terms of the musical style as well as their willingness to experiment. The debut album „Ashore The Celestial Burden“ (1992, Massacre Records), which was released after 2 previous demos, caused quite a stir and was promoted during two tours with bands like Tiamat, Unleashed, Samael as well as Atrocity and many club shows in the following year. Following the release of „Diana Read Peace“ in 1993, the band felt misunderstood and somehow lost the connection to the metal genre they had belonged to and finally disbanded.
Century Media re-released the first two albums as well as the demos on vinyl and CD in 2015 and soon after, DARK MILLENNIUM reunited with almost its complete original line-up and so self-released the new album „Midnight In The Void“ via Soulfood/Believe in 2016. They once again relied on well proven assets like an analogue production, rampant compositions and the continued collaboration with their long-term cover artist.
The band returned to Massacre Records in 2018 and will now release its new album „Where Oceans Collide“ in August 2018!