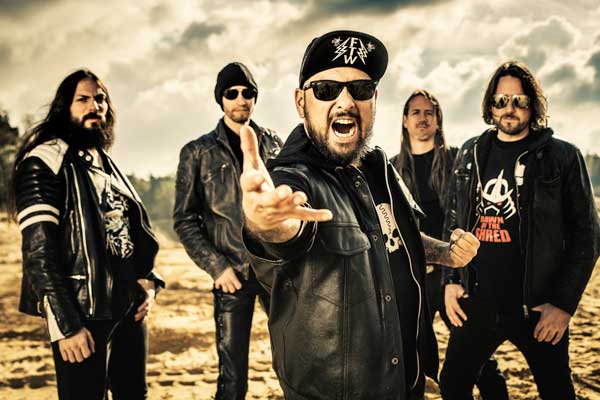 ALBUM INFO
On their new and 4th album „Cult Of Sedna“, GLORYFUL unite all their trademarks and up the ante with an even heavier sound.
They sound fresh, just like in the band’s early days, and are far away from the oftentimes absurd shenanigans of today’s power metal.
Neck-breaker like „The Oath“, „My Sacrifice“ or „The Hunt“ do come with a bit of thrash flair, which is a bit unusual for true/power metal bands. There are once again a lot of catchy songs featured on the album – including but not limited to „Void Of Tomorrow“ and „When The Union Calls On Me“, which will get stuck in your head, that’s for sure! „True ‚Til Death“ and „Desert Stranger“ have a rock feel to it, and clearly need to be part of an album like this!
Front man Johnny La Bomba vocally focuses on the middle range, which results in him sounding much more aggressive and uncompromising than ever before!
Onward to the musical qualities: Guitarist extraordinaire Adrian Weiss graces every song with breathtaking solos, which often culminate into fast twin leads with fellow guitarist Jens Basten. Drummer Hartmut Stoof sets his inner drum beast free, and bassist Daniel Perl skillfully adds harmonies and nice touches to the huge guitar and drum sounds of his fellow musicians.
With their new album „Cult Of Sedna“, and their easy-going interpretation of this kind of music, GLORYFUL impressively prove that they do belong to the best that true metal has to offer!