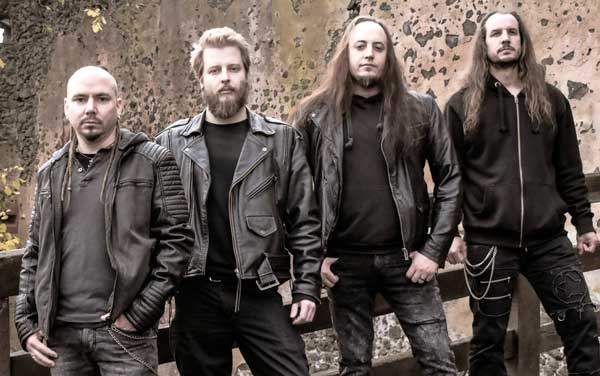 DISCOGRAPHY
2016 What Will Prevail
2019 Theatrical Masterpiece

ALBUM INFO
THORNBRIDGE’s new album „Theatrical Master“ thematically deals with torture and suppression in the Middle Ages during the times of witch-hunts and the inquisition.
The album still has power metal written all over it. The new songs turned out to be more sophisticated, and Sebastian „Seeb“ Levermann upped the ante even more sound-wise.
„Theatrical Masterpiece“ is an energetic and catchy album, without any ballads on it.
After a 3-year-long creative break – time well spent to focus on the individual private life – THORNBRIDGE wanted to put all collected power on an album. And so they did!
The song „Revelation“, featuring Andy B. Franck, was also chosen to be featured in an upcoming radio play called „SEVEN – Das Ende aller Tage“ (rough translation: SEVEN – The End of Days), which will also feature a lot of well-known dubbing actors, who mainly synchronize Hollywood actors. You can describe the radio play as a mix between a mystery thriller and drama series, where the main protagonists were chosen to prevent the end of days. It will also be released in February 2019.