Dreamland –
Behind The Shades 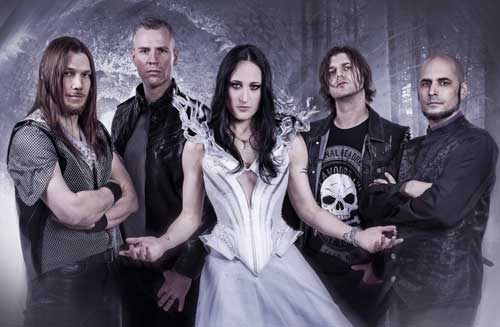 Dreamland – Behind The Shades

ALBUM INFOS
Much has changed during the making of this album: The line-up, songwriting, sound, and logo. DEEP SUN have reconnected with themselves more than ever and are moving forward on the already successfully trodden path with even more confidence.
Dreamland is the smorgasbord of dreams in all its forms. It is not only the dreams at night, but also hopes, focus, goals as well as the will to achieve something; all these thoughts in different variations. Dreams in the literal sense as well as in the allegorical and symbolical sense.
DEEP SUN tell stories about the variety of dreams. It is an album full of songs and themes, which the band wanted to transpose musically for a long time.
For „Dreamland – Behind The Shades“ the band worked with Frank Pitters, a well-known and established producer in the symphonic metal genre from Mattersburg (Austria), for the first time.
Frank Pitters gave the songs a more modern and fresh sound and lifted DEEP SUN up to a next higher level. So even the more playful songs on the album and structures sound as clean as never before.
The songs come alive through the individual highlights and are even more structured thanks to the previous experience in and optimization of the songwriting. The tracks are more direct and straightforward – as it should be in this genre – and bring out the vocals and orchestral elements more.
The musical development of each band member is striking on this album, since all took the chance to learn and evolve in the last years. This is clearly audible and profits every song!
This starts with the vocals of front woman Debora Lavagnolo, who was able to increase her already immense vocal range even more. To do so, she worked intensively on her chest voice and the lower tunes. The result is clearly audible in the vocal presence and power in the lower registers, without losing anything of her incomparable strengths: the higher tunes and their brilliance.
The keyboard sounds of Thomas Hiebaum come across even more epic and yet sophisticated on the new production.
Regarding the drums of Tobias Brutschi, it is noticeable that he has placed great emphasis on the speed of the double bass and a further focus on his well-known strengths, the tightness.
Together with the perfected bass playing of Angelo Salerno, the drum/bass combo is even on point, which benefits the songs.
Last but not least, thanks to the line-up change on guitar with the addition of Stephan Riner, a wonderful and necessary new esprit as well as input is noticeable within the band. Stephan Riner makes you sit up and take notice with his virtuoso solos and relaxed, light playing.
The songs on „Dreamland – Behind The Shades“ were all written by Thomas Hiebaum and Angelo Salerno, whereas all the lyrics were written by Debora Lavagnolo.
During the vocal recordings in Frank Pitters‘ Silverlinemusic Studio, Thomas Hiebaum joined Pitters and Tobias Brutschi in front of the microphone for the first time to sing and record the epic choruses.